Skip to content
Home
Perspectives
What is a Digital Twin? 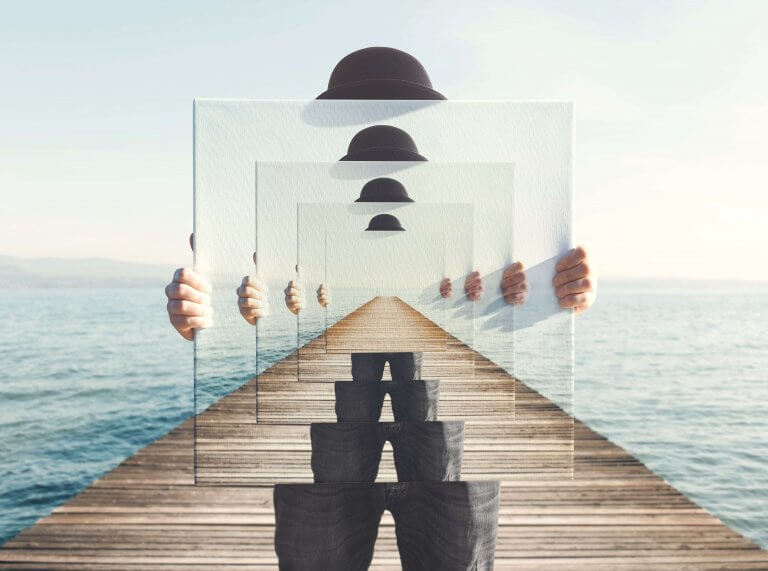 What is a Digital Twin?

A powerful tool to experiment, test and predict results and behaviours of an ecosystem or entity.

A Digital Twin is a virtual replica of a physical entity, process or system that enables the execution of actions over a digital representation, providing the ability to:

That is, a Digital Twin is a powerful tool to experiment and test options, to study impacts or changes, to predict and assess results of changes before they are actually modelled or applied to the real entity.

The ‘twin’ concept is not, however, new. In fact, the concept was used, in the initially stages, by NASA in its early models, as physical twins of spacecrafts. NASA used them to analyse and modify characteristics when their physical counterparts were out of reach, responding to the challenge of how to operate, maintain, or repair system that weren’t around them.

Apollo 13 is an example of these replicas, in which the mirrored system still on earth allowed engineers and astronauts to determine how they could rescue the mission. As the concept and computer power increased, these analogue models turned into digital ones. Today, NASA uses digital twins to develop new recommendations, roadmaps and next-generation vehicles and aircrafts.

Digital Twins are becoming more relevant and widely considered by companies, mostly due to the rise of IoT, AI and ML, which, together, provide the ability to combine generated data, algorithms and contexts and so enable organisations to:

A Digital Twin can be seen as an exploration complement to the real entity. To be accurate, it requires reliable data of the world it is modelling, considering both the entity and the relevant surrounding elements, such as other entities, obstacles, atmospheric inputs or generic forces, such as gravity.

By resourcing to historical data and real-time data, the Digital Twin can run algorithms and processes that allow to perform simulations of hypothetical scenarios and identification of possible inefficiencies or improvements to the execution, entity or related processes.

The involvement between the real world and the digital replica requires and pinpoints the following key aspects:

It is important to note that there must be a way to flow information in and out of the Digital Twin and the physical world, since it is the way that interactions between the physical and the virtual are made possible. Without it, it is not possible to receive the inputs and promote the action over the outputs.

The ability to bridge information is therefore paramount for a proper functional Digital Twin. All related aspects with communication and security must be taken in consideration in order to maintain the system integrity and accuracy.

This ability and the continuous nature of Newton’s first law action/reaction pair defines a continuous loop between the Physical and the Digital. The actions in the Digital might be of two types: simple, considered to be limited to a single entity; or complex, considered to be able to affect several represented entities and the surrounding ecosystem, performing several levels of impacts and evaluations to the represented entities (e.g. if there are two twins in the ecosystem, assess the effect of a given action in a twin to the other and the vice-versa actions)

What are Digital Twins used for?

Digital Twins are used as models of physical entities. So, generally speaking, they are a perfect match to:

As computer power increases, sensors become more abundant, cloud is widely adopted and available, communication speed and efficiency are improved and data available increases, one might even argument that Full Digitalisation of the Physical might become possible.

With this full representation, a wide simulation with very complex consequent results over the represented entities might become possible and virtually all aspects of the physical world can be represented and simulated over the Digital.

The Telco ecosystem has several supporting digital and physical components: from OSS/BSS systems to physical items such as switches, routers, antennas, handsets and smart things. As a result, Telcos are in a fertile context for Digital Twins adoption and representation and can take advantage of the already existent digital systems to propel and accelerate its benefits.

Several aspects of the telecom ecosystem can be represented, such as Customers, network, products and offerings. Having the ability to entangle the information and study the effect of a given change on a twin and the others brings valuable information to support decision making, giving strategic advantage to CSPs that have this capability.

A practical example would be to understand the effect of a network failure in a given area, crossing the information with geographic information of the Customer Twin while making recommendations for a detour on a route or send a warning message.

For Telcos that are embracing the IoT business segment, this technology might become even more interesting since it might be used for network balancing and projections over time based on trends and adoption in a given area, or customer profiles.

Digital Twins are becoming increasingly more feasible as technology advances. In particular, AI, ML and IoT, along with increasing sensor adoption, faster connectivity, quality and quantity of data, cloud and computer power are largely contributing to make this possible.

The adoption appears to be applicable to any enterprise regardless of its segment. The benefits are, though, more evident to companies that have physical assets or products.

Digital Twins can be applied to individual entities or to ecosystems and they can be representations of other digital entities. There is no restriction to the modulation that is made.

It may drive and assist companies in:

All in all, Digital Twins ensure that adopting companies stay ahead of their competition and thrive in the digital era.