Skip to content
Home
Being Celfocus
Hitting the big time 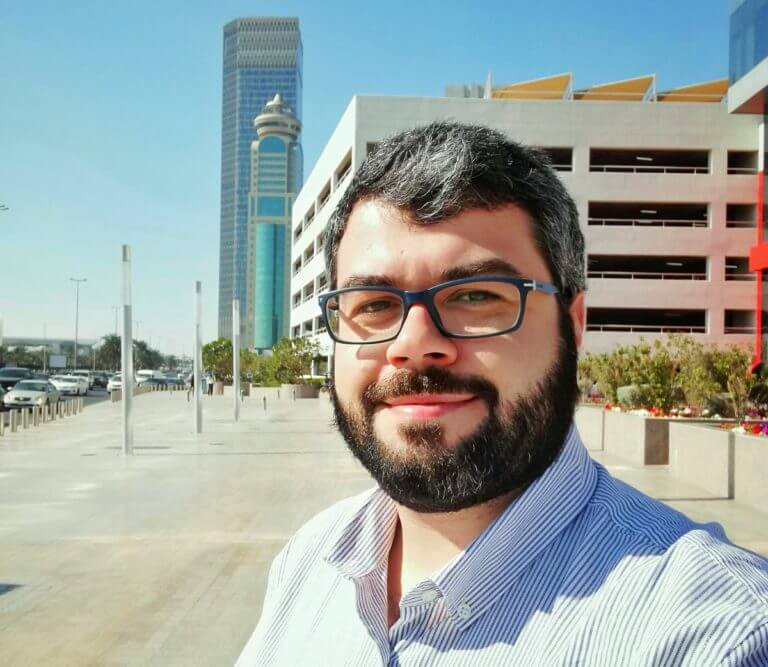 cf – What will be the next truly revolutionary and widespread technological development?

ml – There are those who believe that today we are cyborgs (organism with organic and cybernetic parts), in the sense that our smartphones are practically an extension of ourselves. They allow us to stay connected to the internet, where our digital identity lives and is in contact with others through social media and with access to universal knowledge.

Therefore, I think something truly revolutionary will be the creation of a brain-machine interface, a device that will allow us to control and perceive the smartphone (or another name that will substitute it in the future), and how we use our hands, mouth, eyes and in a way that is accessible to all.
There are many studies today and prototypes with limited functions, but I believe that with the help of artificial intelligence and the growing power of computing the road to a more functional and accessible device will be quicker. With it we will have wider access to the potential internet connection can give us, and perhaps even have other information through the smartphone, such as touch and smell.

cf – If you could go back in time, what mistake in technological history would you not mind correcting? Why?

ml – After thinking a lot about this question, I don’t think I would be able to correct anything.
If there is something I believe in is that we can’t learn without making mistakes, even if we aren’t directly involved. Besides we would never know if today we would be better off or not if we hadn’t made those mistakes.
The best we could do, in my opinion, is to keep trying to do the best we can while keeping in mind the mistakes made in the past. It would be easy to think about correcting them, for example medication that wasn’t properly tested before being launched and provoking terrible diseases, the use of pesticides such as DDT promising miracles and causing horrors, or the exaggerated use of plastic that has become a giant problem today etc.
But if we hadn’t made these mistakes, couldn’t we have made worse ones? It’s best we focus on the future.

cf – What will the job of a computer engineer look like in 10 years?

ml – Honestly, I think it will be a lot like it is today, maybe a bit easier with more automation and pre-made consolidated pieces to build solutions.
Today, we have a proliferation of open-source projects being made by a community that is connected through the internet. People focused exclusively on functionality without thinking of a financial payback.
In a universe of solutions, many created to solve the same problems, there’s a sort of Darwinism and that only the best, the most adopted and the one that more people build together as a community will survive. Well-thought and functional solutions made by people from different places, with different experiences, which we could use and should also collaborate.

cf – In your opinion, which sci-fi invention do you think will never happen? Why?

ml – Honestly, none. Less than 100 years ago, an automatic door was practically science-fiction.
We are constantly asked to follow our imagination and turn it into reality. Despite there being some things, which seem more difficult to happen, like tele-transportation and time travel. But that’s because we don’t know everything that makes up the universe, but there are many people trying to discover – nothing’s impossible!

cf – What will mobile phones look like when you’re 60 years old?

ml – That will be in 25 years… Looking back, on the year I was born, 35 years ago, there weren’t smartphones, and nobody really thought about it. Mobile phones were such starting to be commercially launched – those bulky ones with an analogical antenna. We didn’t call people, we called people’s houses. The internet was just being created and started being commercialized a few years later. And in 2007, less than 24 years later, we witnessed the launch of the first iPhone, which was one of the greatest inspirations for today’s smartphones.
This leads me to believe that, in 25 years, it’s likely that the so-called brain-machine interfaces will be available. We probably won’t need screens or microphones, we might see images directly in our brains, as if we saw them with our eyes closed, and speak without opening our mouths. But we’ll most likely still need a place to save our music and maybe a camera, it probably won’t be a single device but rather a set of smaller devices that are easier to carry with us permanently

cf – What do you think Celfocus will be doing when the next 18 years go by? And you?

ml – In the future, telecommunications will continue to be important in our lives. I believe Celfocus will continue to provide their clients with the same excellent service, it has provided thus far, with all our knowledge and experience. There will be more people, working to improve our clients and our clients’ clients experience. And I hope to be here, doing my best after having learned so much throughout those 18 years.